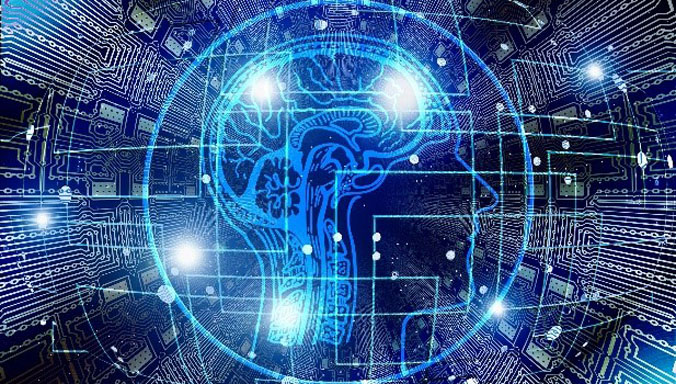 (Bloomberg Businessweek) — Even in a year full of surprises on Wall Street, this one stands out: A Chinese-owned brokerage has quietly built one of the fastest-growing retail trading platforms in the U.S.

Webull, founded by Alibaba Group Holding Ltd. alum Wang Anquan, has increased its roster of brokerage clients by about tenfold this year, to more than 2 million, by offering free stock trades with a slick online interface. While that’s still a fraction of the more than 13 million at Robinhood, the broker that popularized commission-free trading, Webull says it’s been peeling off users from its rival. The company has plans to pursue a big funding round from private U.S. investors and may expand into automated financial advice and money management with a so-called robo-adviser service.

Webull’s breakneck U.S. expansion is almost unheard of for a Chinese-owned financial company, particularly at a time when relations between the two countries have sunk to the lowest point in decades. The superpower clash that began with trade has recently moved into the financial realm, with the outgoing Trump administration mulling restrictions on Chinese payment platforms and pushing for rules that threaten to kick Chinese companies off U.S. exchanges.

While Webull’s ownership has attracted some attention in online forums frequented by the growing hordes of American stock traders, the firm goes out of its way to emphasize its U.S. links. It stores user data locally, is subject to the same regulations as any other U.S. brokerage, and has an office right next to a Trump building on 40 Wall Street. It also voluntarily sought a review of its ownership by the Committee on Foreign Investment in the U.S. (Cfius), a panel that has blocked U.S. expansion plans by some Chinese-owned companies on national security grounds, says Anthony Denier, an American who is Webull’s chief executive officer. Cfius gathered information from Webull but decided in December that it wouldn’t conduct a review, Denier says. The Department of the Treasury, whose secretary chairs Cfius, says it doesn’t comment on cases before the committee, including whether a company has filed for review.

Wang, who left Alibaba to help run the finance unit at Chinese tech giant Xiaomi Corp. before striking out on his own, founded Webull’s parent company in 2016, just as Donald Trump’s presidency was ushering in a new era of U.S.-China tensions. In an interview, Wang says he always set out to build a global firm, concluding that to do so he would first need to succeed in the U.S.

Armed with early backing from Xiaomi founder Lei Jun, Wang opened the U.S. brokerage and hired Denier to run it as CEO in 2017, with the two mapping out their initial strategy on napkins at a Mexican restaurant in New York. Denier, a Credit Suisse Group AG and ING Groep NV alum who has spent more than two decades on Wall Street, says Webull has intentionally kept a low profile. “We’re in a really competitive space,” Denier says. “Sometimes it’s better to not wake up the giants.”

For now, Webull’s users seem to care less about the firm’s China ties than the merits of its trading platform. Webull’s mobile app could be described as somewhere between Robinhood’s uncluttered, novice-friendly brokerage app and the more advanced data and analytics offered by the likes of Interactive Brokers Group Inc. Robinhood’s interface has been criticized for making trading seem like a game, instead of encouraging long-term investments, though it says only a small percentage of its users are heavy traders. Webull has a more professional look, with a desktop tool that emphasizes its layers of information on everything from analysts’ ratings to short-interest data and technical indicators. But it’s open to the same criticism that it’s drawing everyday retail investors into chasing stock moves and trading all day long. Denier says Webull has tried to avoid this, and that the “vision that we’ve had from the beginning [is] let’s not oversimplify and ‘gamify’ this.” Robinhood declined to comment.

Shayla North, a 30-year-old pharmaceutical product release specialist in Dallas who started posting YouTube videos about her stock trades during the pandemic, first heard about Webull from other YouTubers. She has since switched from Robinhood. “It’s more geared for a semi-seasoned stock trader,” North says. One of her favorite features of the app allows users to simulate trading strategies before putting real money to work. She also likes its stock charts.

Webull’s growth has been fueled in large part by word of mouth and promotions from online influencers, Denier says. Like Robinhood, it also offers small monetary incentives—including free shares—to lure new users. The typical Webull client is in their late 20s or early 30s and has about US$3,200 in their account. The firm sees 850 transfers from other U.S. brokerage accounts every day, on average, roughly half of which Denier estimates are coming from Robinhood. “It starts out where they kind of have both accounts. They might even execute on Robinhood and do research on Webull, but eventually we tend to win them over,” Denier says.

Some traders made the switch after platform outages at Robinhood this year prompted them to search for alternatives. Robinhood had problems on its platform again on Dec. 7, as did Interactive Brokers. “Retail users focus more on whether their brokers’ trading systems and data are reliable and user-friendly,” says May Zhao, the deputy head of research at Zhongtai Financial International Ltd., a Hong Kong-based brokerage. “Political tension is a secondary concern.”

Webull also has a live customer service hotline during trading hours, something Robinhood lacks. Robinhood came under fire this year when some users’ accounts were broken into by hackers and frantic customers had no one to call for assistance. The company has said that it works with customers in a timely manner to ensure their accounts are running smoothly and that if they lost money as a result of fraudulent activity, Robinhood will return the lost funds. It also encourages users to add a layer of security to their accounts with two-factor authentication. Robinhood co-founder Vlad Tenev told Bloomberg earlier this year that email has proven “the best way to provide our service at scale and to answer people’s questions.”

Not every potential user is won over by Webull. Negative reviews in Apple Inc.’s app store often complain about a complicated interface; others say Webull’s customer service isn’t good enough. The app’s overall rating in the Apple store is 4.7 out of 5, compared with 4.8 for Robinhood.

That fact isn’t lost on Webull. Denier says, without providing names, that the firm is poised to raise more than US$100 million in a financing round that will “bring in very big, well-known U.S. investors” and give it “unicorn status.” (A unicorn is generally defined as a private company with a valuation of $1 billion or more.) He says one of those U.S. investors will get a board seat. Wang, Webull’s founder, has a stake of about 35 per cent in the U.S. brokerage unit’s parent company, according to Chinese corporate registration records. Funds affiliated with Xiaomi own at least 14 per cent, while a unit of Chinese wealth manager Noah Holdings Ltd. owns about nine per cent. Other investors include Chinese private equity funds.

Like other no-fee brokerages including Robinhood, Webull makes money by selling customer orders to sophisticated trading firms known as market makers, which can make money on the tiny “spread” between the price an investor is willing to pay for a stock and the price at which someone will sell it. The practice is legal, and brokers are required to seek the most advantageous trades for their customers. The firm expanded into cryptocurrency and options trading this year and plans to offer fractional share trading “very soon,” says Denier, who declined to disclose details of the firm’s financial performance. A robo-adviser platform may come online in mid-2021.

While it’s unclear exactly how a Joe Biden presidency will affect the U.S. government’s scrutiny of Chinese financial firms, few expect tensions between the countries to ease anytime soon. But Denier says the most pressing concern for Webull is managing the operational challenges that come with its rapid expansion. “In any business that’s scaling extremely fast,” he says, “it’s going to be a lot of growing pains.” —Sophie Alexander, Annie Massa, and Evelyn Yu Read next: Outages at Interactive Brokers, Robinhood Leave Stock Traders Furious

Robinhood is losing thousands of traders to a China-owned rival December 28, 2020

Cargojet’s loads have tripled during the pandemic: CEO December 28, 2020